Superman’s “Warworld Saga” begins in Action Comics #1036 by Phillip Kennedy Johnson and Daniel Sampere, pushing the Man of Steel to his limit. 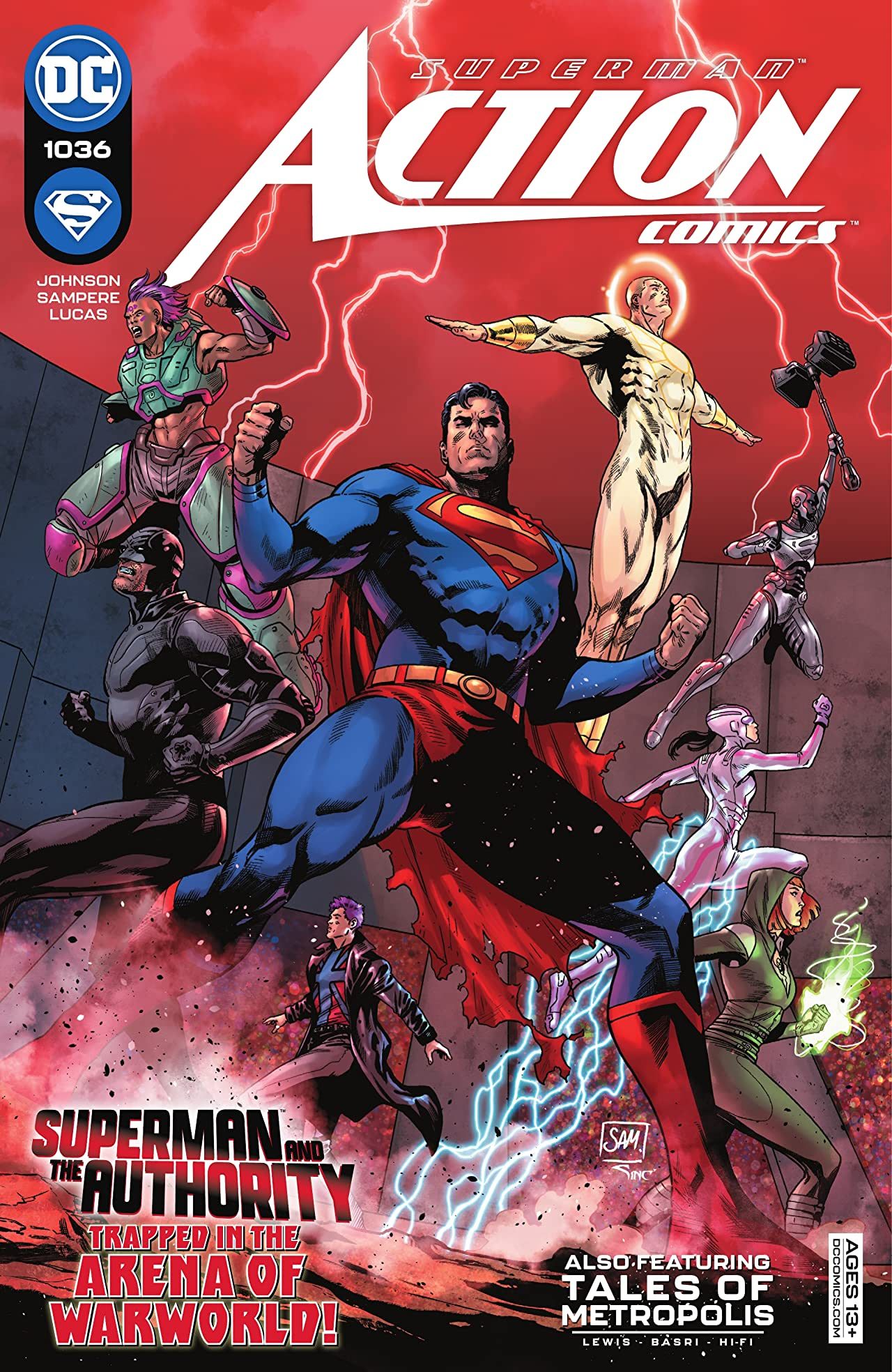 While Jon Kent protects the Earth, Superman takes to the stars in Action Comics #1036. Written by Phillip Kennedy Johnson and drawn by Daniel Sampere, the issue is the start of the “Warworld Saga,” an epic storyline that sees the Man of Steel become the breaker of chains. He attempts to liberate the legions of slaves under Mongul’s dominion. Unfortunately, even the combined power of Superman’s new allies in the Authority may not be enough to defeat Mongul and his minions. Action Comics #1036 is a welcoming jumping-on point for fans looking to see Superman in pulse-pounding combat with DC’s future hanging in the balance.

Action Comics #1036 begins with Superman and the Authority arriving on Warworld, determined to find answers about the Kryptonian slaves they encountered on Earth. The team is confronted by the newest member of the tyrant’s court. The heroes rush past hundreds of additional dead bodies and arrive in the arena to liberate the masses of Warworld, but are met with a chorus of indifference from the very people they seek to liberate. Mongul’s soldiers attack the Authority, showing their might and overwhelming Superman’s already-depleted powers. As a weakened Man of Steel tries to collect himself, Mongul-Who-Is arrives to claim ownership over everything he sees — including Superman and the Authority.

Phillip Kennedy Johnson writes Action Comics #1036, bringing Superman against a seemingly-unbeatable threat. Kennedy has done an exceptional job focusing on the moral compass of Superman throughout his Action Comics run. Previous issues have highlighted that it is the iron will of the Man of Steel that makes him powerful — not just a yellow sun. Kennedy showcases that again here when Superman mourns the deaths of strangers with his new allies, the Authority. The inclusion of the Authority also creates a subtle sense of dread in this story. Despite their obvious power, the Authority is not as reliable as their Justice League peers. The possibility that they could fail Superman adds a palpable layer of tension.

Joining Johnson for Action Comics #1036 is artist Daniel Sampere. Sampere gives the story an edge, with sharp linework and well-defined bodies that look ready for action. When the heroes arrive on Warworld, Sampere turns the horrifying landscape of the planet into a true dystopia with lightning cracks and blood-tinged skies. As the story approaches the arena, Mongul’s deadly army looks intimidating, even when standing opposite Superman. The accompanying colors of artist Adriana Lucas are vital to the book’s success. Lucas elevates the material by contrasting the heroes with their environment, creating crisp imagery that highlights the characters as otherworldly saviors that are out of their element, foretelling their inevitable shortcomings.

Also included in Action Comics #1036 is a backup feature by Sean Lewis, Sami Basri, Hi-Fi, and Dave Sharpe that sends Guardian into a digital world to save a group of children from a computerized monster. Like his Young Justice counterpart, Guardian is virtuous yet fallible, willing to put his body on the line for those who need protecting. It is a fun story that gives Guardian a moment to shine, though it admittedly has little to do with the book’s main feature.

Ultimately, Action Comics #1036 is jam-packed with content that will surely delight longtime and new Superman fans alike. Johnson and Sampere’s epic tale makes it believable that the Man of Steel may actually be in-over-his-head, as the Man of Tomorrow rushes towards his Future State fate. The latest issue of Action Comics is another explosive read that shows that DC’s current Superman offerings are amongst the best the character has ever had.